Samsung Galaxy A41 Specs, Camera, Storage And Price in Nigeria 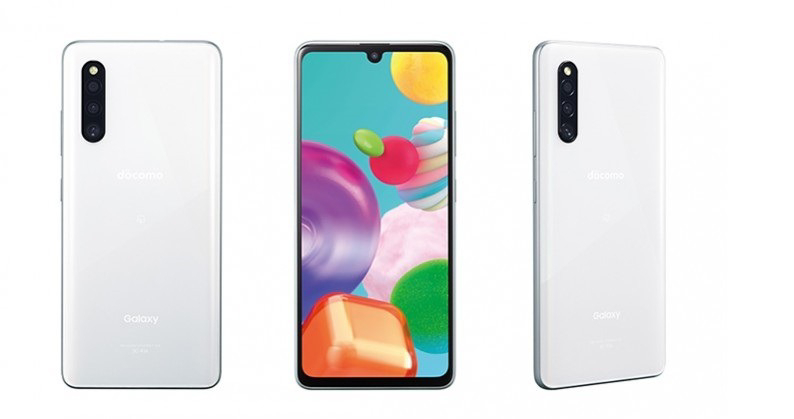 Let’s see what this device also has.

Samsung Galaxy A41 Display and Design

The Samsung Galaxy A41 rocks a more polished yet similar style. With only the triple camera setup and LED flash occupying the top left corner, the back which is made of plastic is white. It has a plastic case, as well. The minimalist style makes available Black, White and Blue pop color choices.
Turning the screen to the front shows a Super AMOLED 6.1-inch display with something like a waterdrop notch enclosed with a glass slab for safety. As for the display, it uses an aspect ratio of 19:9 and has a resolution of 1080p and 431ppi. Underneath the monitor lies the optical and not ultrasonic fingerprint sensor.

How To Check Data Balance On Glo, MTN, 9Mobile And Airtel

Samsung Galaxy A41 seems to have a total of four cameras; one for selfies at the front, and three on the back. The ones at the back are a 48MP main camera with an f/2.0 aperture and PDAF, an ultra wide 8MP camera with just an f/2.2 aperture and a 5MP f/2.4 aperture depth sensor.
The rear camera includes a low-light photography LED spotlight, HDR for decent dynamic range and panoramic view. This can also fire images at 30fps, at 2160p and 1080p. While the 25MP selfie front-facing camera with an f/2.2 aperture can only take 1080p videos at 30fps.

Within the Samsung Galaxy A41 is the Mediatek Helio P65 SoC. This SoC is built on the 12 nm process technology and features an octa-core processor clocking speeds of up to 2.0GHz along a gaming Mali-G52 MC2 GPU. It is hooked up to 4 GB of internal storage that comes with 64 GB of RAM.
At least as of now, there are no other RAM / Storage Options. Luckily, this device comes with a dedicated microSD card slot that can be used to expand up to 128 GB of storage.
As expected from a Samsung Galaxy smartphone, Samsung runs its own One UI 2.0 from the box that is based on the new Android 10 operating system
Infinix Note 7 Specs And Price in Nigeria

Samsung Galaxy A41 packs a battery of 3,500mAh, 400mAh more than its ancestor, and it still retains the easy 15W battery charging for quick top-ups. When it comes to charging, this is achieved via the USB Type-C port which can also be used for file transfers.
The Samsung Galaxy A41’s various features include 4 G LTE networking, Bluetooth, WiFi, WiFi hotspot, GPS, FM radio and a 3.5 mm port. It also has payments using NFC.

Samsung Galaxy A41 Availability and Price in Nigeria

The Samsung Galaxy A41 has yet to be launched in Nigeria but has been confirmed elsewhere. Given the price the Galaxy M41 has been announced, it is expected to retail in Nigeria for around N85,000 to N90,000.