The unique thing about crypto games is that since they are NFTs all the items in the game are yours. They use crypto currencies to buy items and improve gaming experience.

Everyone is captivated to their screens as they seek to battle it out and gain as much Smooth Love Potion (SLP) as possible in this battle simulator game. The potential earnings are sure to raise a few eyebrows.

In fact, several players in the Philippines make enough money to support their families. As a result, many people are anticipating the release of highly anticipated games, such as the Gotchiverse. 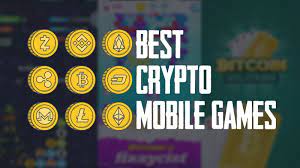 Play-to-earn games are those that allow players to engage in activities such as challenges, battle simulators, tasks, and more in exchange for in-game currency. Axie Infinity participants, for example, will receive SLP for completing their daily challenges.

However, the cost of Axies has risen dramatically, and not everyone can afford it or qualify for a scholarship. As a result, we’ve put together a list of 7 popular play-to-earn games that you might enjoy.

NFTs — digital tokens intended to establish ownership of scarce intangible assets – are utilized to represent all objects in these types of games. Consider land plots, avatars, clothes, weaponry, and gold bars as examples.

After finding and accumulating these goods through gaming, many players can trade them with others in digital marketplaces for different NFTs or sell them for cryptocurrencies.

Users can enhance their earning potential depending on whatever game they play by spending time leveling up and upgrading their characters, building monetized structures on their land that other gamers pay to use, or competing against others in tournaments.

All NFTs and cryptocurrency transaction data are maintained on a public blockchain to keep track of what each player possesses. A global network of computers maintains this form of dispersed, digital record-keeping technology. Using this technology in games has a variety of advantages, including:

Players can simply demonstrate their ownership of in-game items because there is no single point of failure, gamers will no longer be at risk of losing track of their assets if the underlying gaming firm has technological difficulties.

Counterfeiting, removing, or destroying items earned during gameplay is not possible.

Cryptocurrencies that are game-native can be transmitted and received without the use of a middleman for settlement, clearing, or custody.

Staking is a DeFi feature in some games, where players can lock away tokens to receive annual interest and other benefits that they can use to buy other in-game things or unlock new content.

What you need to play

To participate in any of these play-to-earn games, users must accomplish the following

To keep their virtual currency and NFTs, as well as make in-game transactions, they should create a cryptocurrency wallet. Depending on the blockchain the game was developed on, you’ll need a different wallet.

For example, any GameFi game created on Ethereum will operate with MetaMask, an Ethereum-based crypto wallet service.

Purchase the following items to get started: All GameFi games are available for free download. However, many require players to first purchase characters, native crypto tokens, decks of cards or upgrades in order to begin.

Pre-funded crypto wallet: In order to purchase initial products and progress, you will need to pre-fund your crypto wallet with a certain cryptocurrency.

Users of Cryptoblades, for example, must download MetaMask, buy Binance coin (BNB), and then swap it for SKILL, the game’s native cryptocurrency. 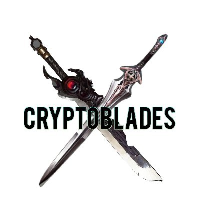 As gamers go out to explore other possibilities, CryptoBlades has grown in popularity alongside Axie Infinity. Riveted Games’ NFT role-playing game CryptoBlades was released on the Binance Smart Chain.

You may acquire SKILL tokens in CryptoBlades by killing foes, raiding with allies, and staking your winnings. You can defeat your opponents or win more tokens by trading them on the market by constructing powerful character and weapon NFTs.

This amusing game is simple to play and reminds me of Zynga’s Mafia Wars, which was a great hit in the early 2000s. The horses are safely tucked away in the back! Zed Run is a play-to-earn cryptocurrency game that incorporates horse racing characteristics into the blockchain. It is made up of horse NFTs that take on a life of their own and was created by Virtually Human Studio in Australia.

Horses may be bred using an algorithm that uses bloodlines and lineage to determine color, strength, and speed. After that, players can enter their horses in races on digital tracks for cash prizes worth thousands of dollars. 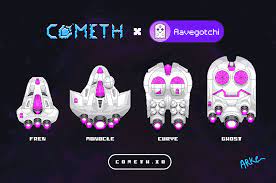 We’re going on an outer space expedition, so get your space suit ready. Cometh allows players to travel the cosmos and mine valuable tokens from asteroids.

You may get a starship, travel the galaxy, and earn tokens without ever leaving your room in this DeFi power game with yield generating NFTs!

Traveling the galaxy in an M.U.L.E (Mining Units for Light Exploration) training ship provided by the Galactic Federation is the simplest way to get started. It can travel specialized solar systems and players can gain experience with ship control, but it can’t mine juicy comets. Another popular play-to-earn crypto game that allows players to earn PVU tokens is Plant vs Undead. Players can visit other players’ farms to water their plants in farm mode, earning the in-game currency LE Token in the process.

These tokens can subsequently be exchanged for tools, scarecrows, and other amusements. It can, on the other hand, be used to withdraw PVU Tokens, which can then be spent on the marketplace to buy seeds and plants. 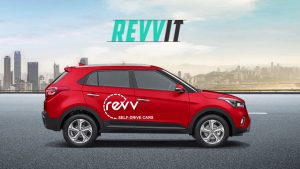 Ka-Chow! It’s time to put on your racing helmet because things are about to become a lot faster. Official racing games like F1 Delta Time and MotoGP Ignition are available in the REVV Motorsport gaming economy.

More games, such as Formula E, are in the works. On REVV, players can push themselves to compete in the Time Trial and Grand Prix for a chance to win REVV tokens. 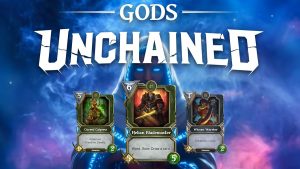 It’s a free-to-play game, which means you can make money right away. There are three game modes available at the time of writing: Solo, Ranked, and Direct Challenge.

Each one entails slugging it out for Stars, Flux, and card packs as a prize! Then you may use Flux to create entirely tradeable cards on Immutable X. The GODS coin, which will offer governance and allow players to earn incentives, is expected to launch in 2021. Ethermon, one of the first blockchain games to create interactive NFTs, allowing players to own, improve, use, and profit from in-game assets.

You collect Ether Mons (also known as Mons) with Ethermon in order to participate in a growing number of game modes and win prizes. 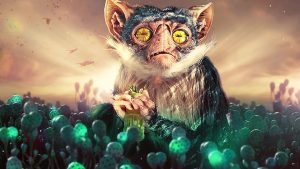 Players join an extraterrestrial universe made up of various planets, where they must compete for scarce resources and mine trillium, the game’s native coinage (TLM). Players can also engage in combat, complete tasks, and earn money by renting out their land to others.

Alien Worlds was the first game to reach 100,000 users, and it now has a player base of over 2.5 million. Its free-to-play nature and the fact that its metaverse realm spans numerous blockchains, including WAX, Ethereum, and Binance Smart Chain, contributed to this. A realm inspired by Pokemon where you may buy, care for, breed, and trade digital monsters known as “Axies.” Axie Infinity is powered by its own custom-built sidechain, which allows it to optimize gameplay and scale effectively.

The game has a great earning potential, but breeding, caring for, and trading rare or unique Axies demands a lot of time and effort. These monsters can fight each other for SLP tokens or be dispatched on resource-farming tasks. 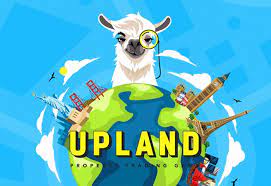 Upland is an NFT metaverse designed to be similar to our own, where players can buy, sell, and trade real-world properties. Users can then play games, run businesses, and communicate with Uplanders all over the world.

Players control an Upland avatar who may explore a city looking for available properties to buy. They can even go to the properties of other players.

Users can complete a Collection to get special UPX prizes and boost a property’s earnings. Similar to Monopoly, the more properties of a particular hue you hold, the more valuable they become. 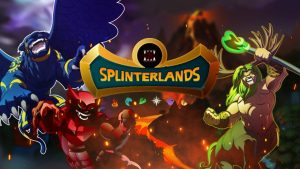 This is a digital collectible card game in which players collect and use cards with various abilities and stats to battle other players.

Each card is represented by a non-fungible token (NFT), which can be traded or exchanged on the open market. The game is based on one-on-one combat, with battle characteristics provided to participants at random.

After then, both players have a set amount of time to put together a deck of cards that they will use to attack each other.

Cryptocurrencies that are game-native can be transmitted and received without the use of a middleman for settlement, clearing, or custody.

Staking is a DeFi feature in some games, where players can lock away tokens to receive annual interest and other benefits that they can use to buy other in-game things or unlock new content.